Donald Trump, triggers, and creating the space for nonviolent conflict 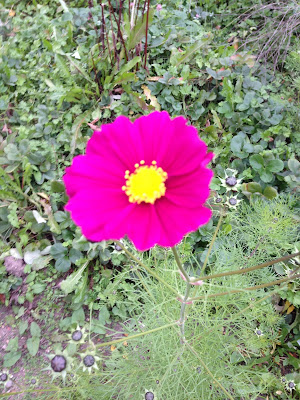 Recently I've been thinking a lot about how to increase peace and compassion on a day to day level. So many raw controversies hang around under the surface, threatening to derail whatever sense of tranquility we may be privileged enough to enjoy. Racism, sexism, homophobia, Islamophobia, all these things bring out the worst in us: Hateful vitriol on both sides and little understanding or progress toward solving the problems underlying all the angry talk. With all this on my mind, I saw an article in Waging Nonviolence called "8 ways to defend against terror nonviolently", and saw this:

4. Pro-conflict education and training
Ironically, terror often happens when a population tries to suppress conflicts instead of supporting their expression. A technique for reducing terror, therefore, is to spread a pro-conflict attitude and the nonviolent skills that support people waging conflict to give full voice to their grievances.

The idea of spreading a "pro-conflict attitude", alongside sharing the skills of nonviolent conflict resolution, excites me and gives me hope that we can give voice to intractable social problems. Though this article was about terrorism particularly, I think the idea of a pro-conflict attitude, and finding places where it's acceptable for citizens to discuss difficult issues with sincerity and depth, is one that could go a long way toward building a more resilient and less violent community. At the same time, I've been watching with disgust as Donald Trump continues to ramp up his racist, xenophobic, and Islamophobic rhetoric. His assertions that we need to ban Muslims from entering the United States, and that we need to close up the Internet "in some ways" are both hateful and absurd. They reveal not only a deep seated irrational fear, but also a complete ignorance of how things actually work. That said, my question,  in the context of nonviolent conflict resolution, is how can we have these conversations in a compassionate and constructive way? Certainly many, many people are triggered and recoil with fear and horror at Trump's comments, and deservedly so. But how do we get beyond the vitriol and delve into the legitimate fears and complaints of the people who support him? According to RealClearPolitics, Trump supporters tend to be less educated, older, and earn less money than other voters who identify as Republican. They are also slightly more than half female. Certainly these folks probably have some bones to pick with how things are currently going for them. With less education and smaller earnings, they are likely feeling left out of opportunities and progress. Unfortunately, when we open up these discussions what tends to come to the surface first is angry, frothing, and hateful. Thus, we tend to want to squash the discussion altogether. The challenge is to create a space where disagreement is seen as desirable, and compassionate discourse is possible.
Posted by Katie Kadwell at 2:33:00 PM