“Only to the extent that we expose ourselves over and over to annihilation can that which is indestructible in us be found.”
- Pema Chodron 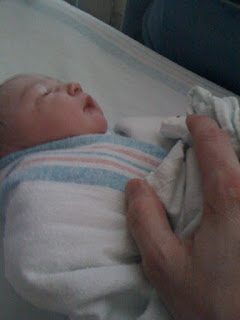 Six days ago, on the 274th day of this year, we in the United States watched as the 294th mass shooting of 2015 unfolded. As President Obama said in his speech following the massacre, this has become routine for us. The shooting, the hand wringing, the horror, the discussion of what to do about it. Or what not to do about it. 294 mass shootings in 274 days. Mark Manson asserts in a blog post from May of last year that mass shootings are a form of non-political terrorism. As he puts it: "Terrorists use violence and mass media coverage to promote political or religious beliefs; school shooters use violence and mass media coverage to promote their personal grievances and glorification." When seen this way, our ritualistic responses (grief, rage, finger pointing, endless policy discussion about the details of gun rights or mental health systems) seem lacking in the extreme, almost narcissistic.

Last night I went to our younger daughter's curriculum night, where I heard her teacher talk to a room full of kindergarten parents, many of who are sending a child to school for the first time, about what he'll be teaching this year. He himself is in his fourth year of teaching, and brand new to our school. As fresh faced and eager as they come, he is wonderfully kind, attentive, and firm as a teacher. He talked about seeing one of his primary responsibilities to be keeping our kids safe during the day. As the conversation wound down and it came time for questions, a parent raised her hand. Acknowledging she felt a bit uncomfortable bringing it up, she asked, "About safety - how do you see your role in keeping our kids safe with everything going on out there?" As every parent in the room started looking around the room, looking down, or tearing up, she swept her hands a bit helplessly, indicating the dangers we all try to keep locked in our hearts and minds of "out there." She went on, "I mean, with the dangers we face every day, and we had a lock down during Jump Start, even before school started... how do you see yourself keeping our kids safe at those times? How do you talk to them about it and keep them calm as it's happening?"

Our teacher nodded in understanding, tears welling in his eyes. "Yes, well... I... don't know," he began. My heart broke for him in that moment, broke for all of us in that room... for all of us in this country, where there are more mass shootings than days in the year. Where there are more guns than people, and where by many it's considered untoward, even offensive, to discuss gun control in the wake of a shooting tragedy. He went on to say that, with regard to guns and violence, he deferred to parents about how they talk to their kids and would love to hear ideas on how and what to talk about in a way that would be emotionally and developmentally appropriate. The woman who had asked the question, and her husband next to her, talked about how they talk about violence in their family, that we are all learning how to express our feelings in safe ways, and that sometimes grown ups don't learn to do that, and when they express their feelings in dangerous ways it's up to everyone else to do what they need to keep themselves safe, and that the caring adults will do everything they can to keep kids safe. She talked about how she wanted to be sure her children understood the need to stay safe, but also to invite compassion into the mix. This got lots of nods, including from our teacher, and it was generally agreed that the language she and her husband used would be appreciated by the rest of the families in the class.

Compassion. A room filled with parents of kindergartners talking about how to teach compassion for the people who might one day massacre them or their school mates, compassion for these terrorists, these people so alienated and alone that the only way they see to get attention is to kill people. They kill people like others climb mountains - because it's there. Or because they're Christians, or African-Americans, or women, or some other "other". But the one thread that is the same throughout, throughout all the killers, throughout all of our now familiar rituals of shock, grief, rage, and accusatory discussions, throughout the press coverage of the killings, and the desire for retribution, and the seeking of the death penalty - in the midst of it all is the common thread of lack of compassion, lack of empathy for someone different from ourselves. There we were, parents contemplating the deaths of our own children, grieving at the unspeakable loss of so many unknown parents, talking about how to teach our children compassion toward these killers. After all, they were once children too. They once had tiny hands, fumbling to tie their shoes, needing help with their sight words, trying to learn how to be a friend, how to have a friend. A few years ago, one of our preschool teachers told the parents one night at a monthly meeting, "There are no serial killers in this class." She was discussing how we as parents and as citizens can teach our kids how to be friends, how to have friends. We all know the child who doesn't know how to join a game, who knocks over her friend's castle instead of saying "can I play?" This teacher was telling all of us how important those small moments are when our kids are young. She was determined that we see how important it is to look for every opportunity for compassion, to let the other in, to teach our children that all of us are "others", and that none of us are "others". After all the words, all the discussion of religious persecution, misogyny, racism, and so many other ways we humans create to push one another away, we are left with a choice. Will we allow our hearts to crack open, and model compassion to our children? Or will we abdicate, throw up our hands, or even take up arms in the quest to protect ourselves and our families? The rights of gun owners aside, violence will never stop violence. Certainly sometimes "good guys" with guns do in fact stop "bad guys" with guns, and in that light I can understand the desire to own a gun for protection. But at the end of the day, that gun is an abdication of our evolutionary task, our task to find ourselves as one, to open our hearts to the most reviled among us.

When we insist that arming ourselves will keep us safe, we teach our children that, at the very least, violence is always a good back up plan for solving our problems. I refuse. I refuse to abdicate what Diane Musho Hamilton calls one of our "evolutionary assignments": To "reliably transform our conflicts into opportunity and creativity, and to develop methods for helping people around the world get along." I refuse to turn my back on those tiny hands, those little voices trying to be heard, trying to have a friend, trying to be a friend.